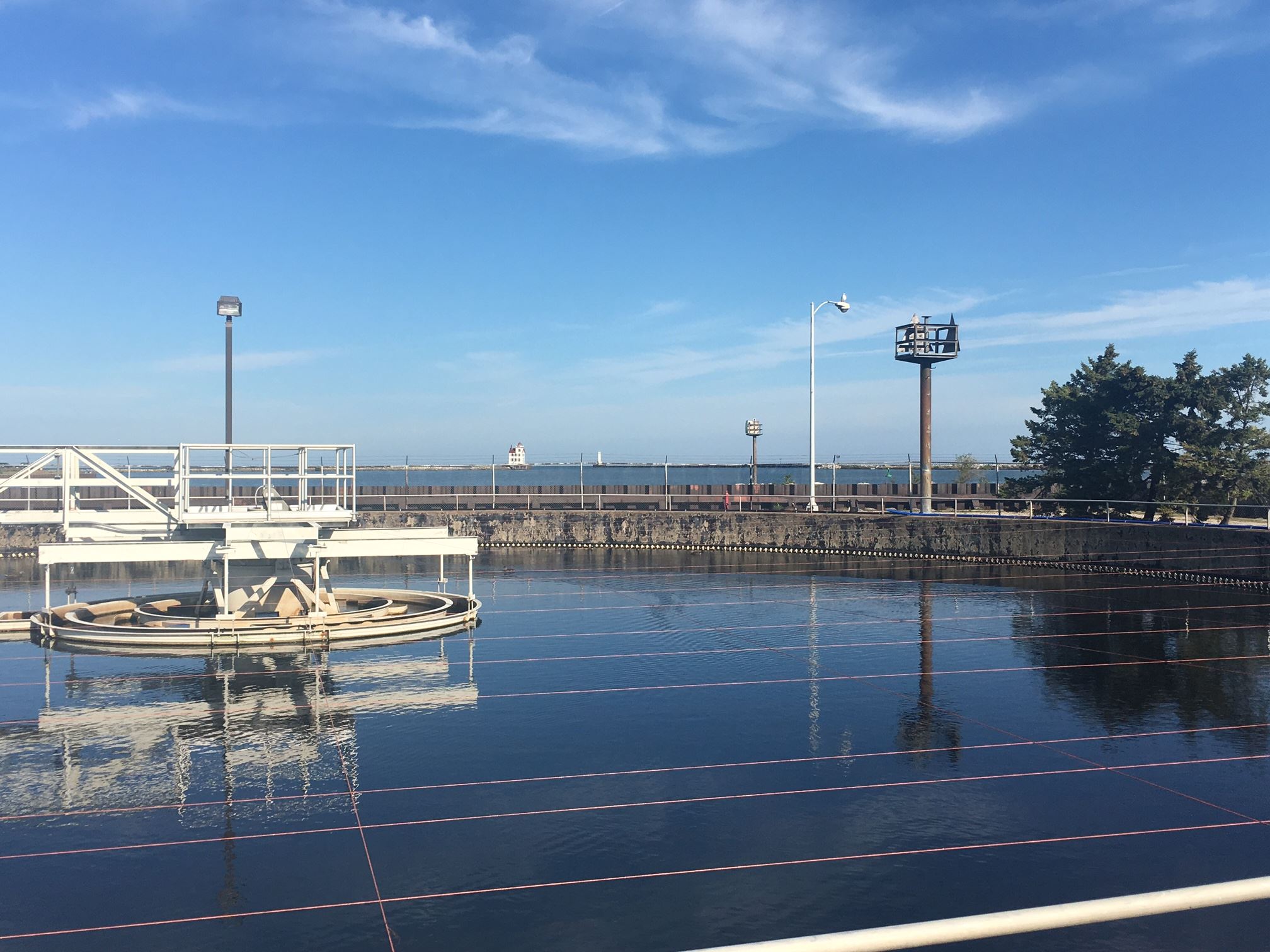 The present site of the plant was once open water of Lake Erie. Steel pilings were driven into the lake, the water pumped out, and then back-filled to create the existing site. The original plant was approximately half of it’s current footprint.  It was originally designed as a primary treatment plant only. Sewage was settled in two primary tanks and the clear water or “effluent” was then discharged into Lake Erie. Sludge that was produced was thickened through a vacuum filter and buried.

In 1972, the Black River Wastewater Treatment Plant was expanded to add secondary treatment to its process to meet new standards set forth by the Clean Water Act.  The plant transformed into a conventional activated sludge treatment plant. Chlorination, known commonly as disinfection, was also added to further polish the wastewater before the effluent was discharged to Lake Erie.  Incineration was also added to aid in disposal of the sludge produced during the treatment process.  By 1979, due to the price of fuel oil and air pollution regulations, operating the incinerator became impractical and the process was eliminated.

Today, the average dry weather flow of wastewater treated is approximately 12 MGD.  The plant has a design flow of 15 MGD and can effectively treat up to 35 MGD during wet weather events.

The sludge produced is handled through a "Digestion Process" to reduce pathogen bacteria and produce methane gas. This methane gas is used in the plant process to reduce heat and energy costs.  After the sludge is digested, the sludge is consolidated by a 2-meter belt press.  The belt press removes a majority of the water found in the digested sludge.  The resulting cake, or biosolids, are disposed of on farmland as a "class B sludge" throughout the spring, summer, and fall months.  During the colder months, the sludge is disposed of to a landfill.  The final effluent and biosolids are tested daily by our own Laboratory personnel at the plant.