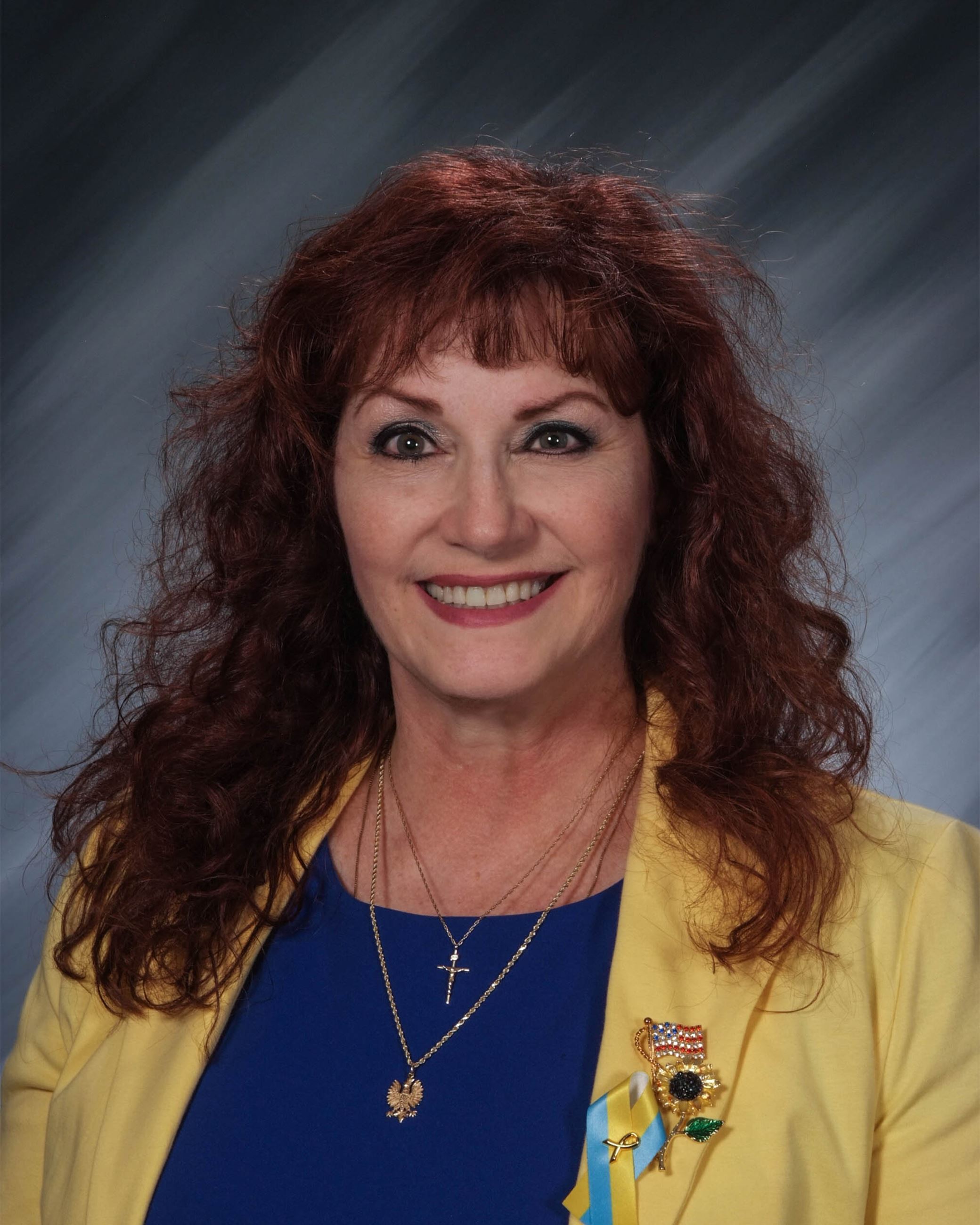 Mary Springowski began serving as the Council at-Large representative on January 1, 2016 where she has received the top votes in both the Democratic Primary and the General Elections to date.  Mary currently serves as the President Pro Tempore and Chairman of the Building and Lands Committee.  She also serves as Vice Chair of the Finance and Claims Committee and as a member of the Police and Fire Committee.  Mary has been an outspoken advocate for the Police and Fire forces in Lorain.  She has advocated for aggressive economic development and has worked tirelessly to that end.

She was born in Cleveland to Jerry and Evelyn Donovan who had recently emigrated from Canada (her mother is originally from Edinburgh, Scotland and her father is a native of Belfast, Northern Ireland). She is the eldest of 6 children. Mary graduated in 1984 from Firelands High school. In 1984, she was an Irish Princess in the Lorain International Festival and 1st runner up in the first Lorain County Rose of Tralee.  Mary is married to Tom and devoted mother of 4 adult children, two sons in law, two adored grandsons and caretaker of a very bossy parakeet.  She is an avid reader, amateur genealogist for her family and optimistic knitter.

She has attended the Ohio State University, Cleveland State University and currently attends Lorain County Community College. She received her certification in paralegal studies from LCCC. Mary is currently pursuing a degree in Business/Human Resources.  Prior to being employed at Ford Motor Company, she was employed by the Lorain County Clerk of Courts as a Deputy Clerk in Juvenile before moving over to Child Support. She also worked for Gilbane Building Company during their construction of Concourse C at the Cleveland Hopkins International Airport. She was project site secretary working on project bid submission and approval as well as dealing with the Federal government regulations and restrictions governing airport construction. She went to work in 1991 at the Ohio Assembly Plant in Avon Lake, Ohio and worked there for 23 years before transferring to the Cleveland Engine Plant in Brookpark, Ohio and has been a team leader since 2007.

She was also an Employee Resource Coordinator at OHAP and was elected as a UAW Constitutional Convention Delegate and alternate committee representative. She also participated in local negotiations in the former Unit 2 at OHAP. She is an active member of UAW Local 1250, a former member of UAW Local 2000. She is an active member of the Lorain County UAW CAP. At Local 1250 she is the chairperson of the local UAWCAP committee and is a former member of the local Civil Rights Committee where she served as their recording secretary. Mary was also the former board chairperson of the Lorain Medina County Community Based Corrections Facility (CBCF) and the past recording secretary, Vice President and President of the Lorain Women’s Democratic Club and a member in good standing of the Lorain City Democratic Party Committee as well as the Lorain Democratic Party Sustaining Club. She has supported numerous ethnic and social clubs in Lorain. She and her family attend Nativity BVM church in Lorain.

Mary is married to Thomas Springowski and is the exceptionally proud mother of 4; Kathleen (married to Brendan), Mary-Christina (married to Shane), Meaghan and Paul and grandmother of Sean and Sebastian.

Mary is passionate about the city of Lorain and the rebirth of our home and city. She is available to all of the residents of Lorain and truly enjoys speaking to them and hearing what they have to say. Mary believes in transparency of government and in representing the people, not the party. She also believes that the people need to have a voice in the government of the city and was assigned to the following committees: Building and Lands, Federal Programs and Police/Fire and Legislation. She is also a proud graduate of the first class of the Lorain Police Department’s Citizens’ Academy.